Switzerland is landlocked in Europe, it has borders with Italy, France, Germany, Austria and Liechtenstein. Its population is just over 8.5 million, its capital city is Bern. Switzerland also has its own currency - Swiss franc. Switzerland hosts 20% of the Alps with hundreds of summits over 4,000 meters above sea level, it also has many Alpine valleys, mountains, glaciers and lakes. Switzerland’s largest cities are Zurich, Geneva and Basel. Travelling around the country is made easy with the ‘ Swiss travel pass’, which gives you access to trains, trams and boats around the country.

Places to visit and things to see 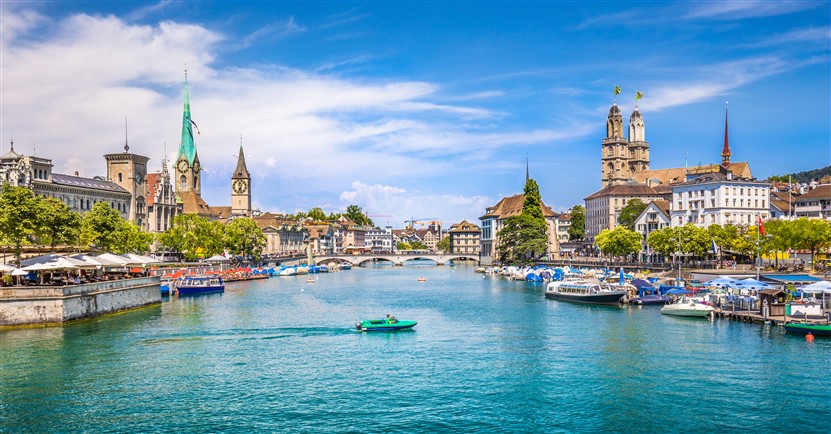 Lucerne – In central Switzerland  Lucerne is a small city of ancient, historical and cultural buildings, some of its key landmarks are the Chapel Bridge, Water Tower and Jesuit Church. The panoramic views of Lake Lucerne can be enjoyed from a boat trip on one of its traditional paddle steamers. Lucerne also has the ‘ Swiss Museum of Transport’. Overlooking Lucerne is Mount Pilatus and the Mount Pilatus cog wheel railway, which is the steepest in rack railway in the world with a maximum gradient of 48%. 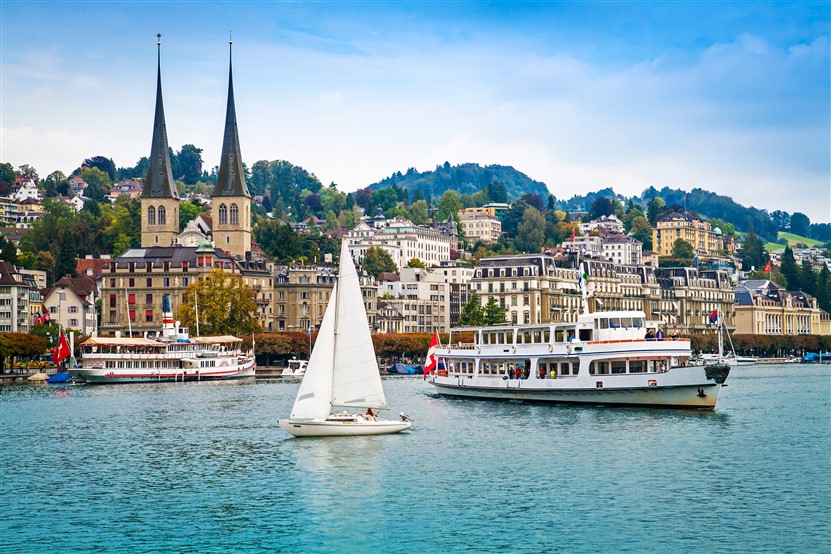 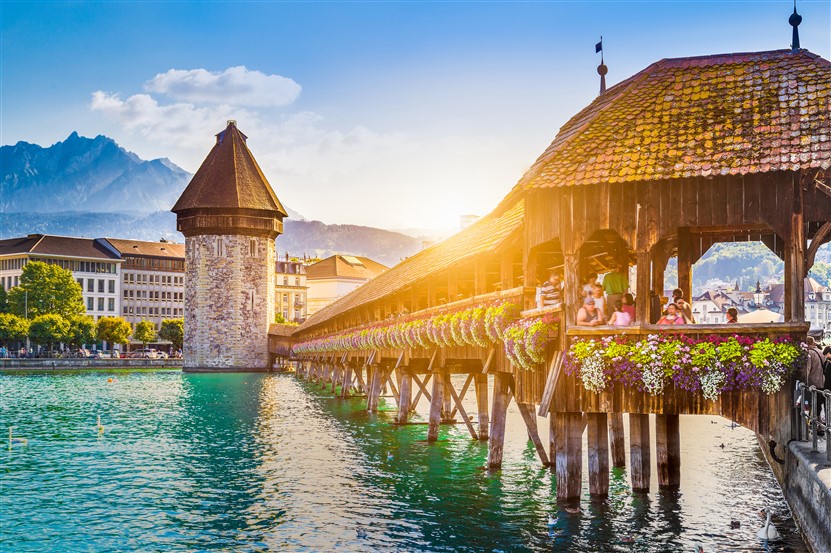 Glacier Express – The Glacier Express is the worlds most scenic railway journey, Zermatt to St Moritz. Along the railway journey you will experience the panoramic breathtaking views of Switzerland valleys, Alps, Mountains… The full journey takes roughly 8 hours, through 91 tunnels and 291 bridges, including the famous ‘Landwasser viaduct’. 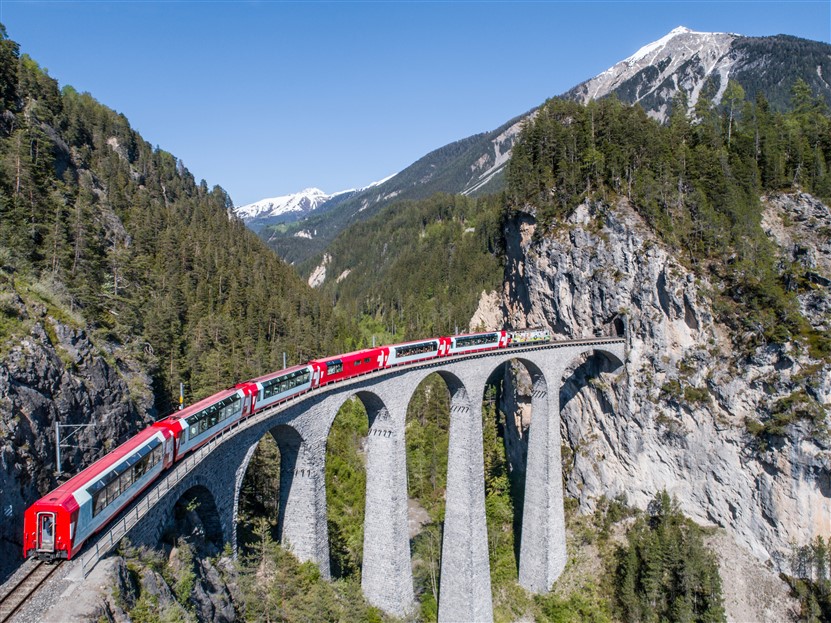 Matterhorn – The Matterhorn is a near symmetrical pyramid shaped mountain, which stands 4,478 metres high above Zermatt on the border with Switzerland and Italy. 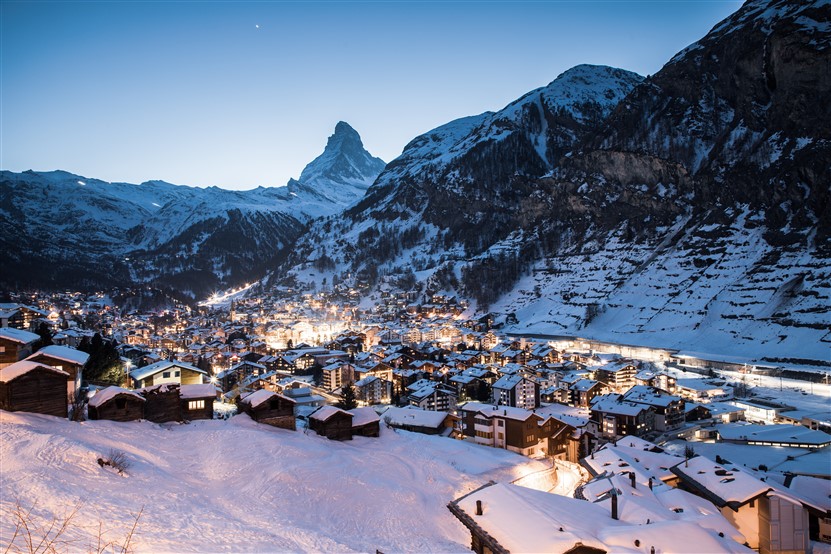 Jungfrau Region – The Jungfrau is known as the ‘Top of Europe’ and is one of the main summits of the Bernese Alps, over 4,158 metres. The summit can be reached on the Jungfrau railway, which has been running for more that 100 years, to Europe’s highest altitude railway station 3454 metres above sea level. Snow is guaranteed 365 days a year! Some of the destinations in the Jungfrau region are

Interlaken is known for being on the line of the Golden Pass, Grindelwald - which is an green, mountainous Alpine landscape and Wengen, one of Switzerland’s oldest Alpine ski resorts in the Bernese Oberland. 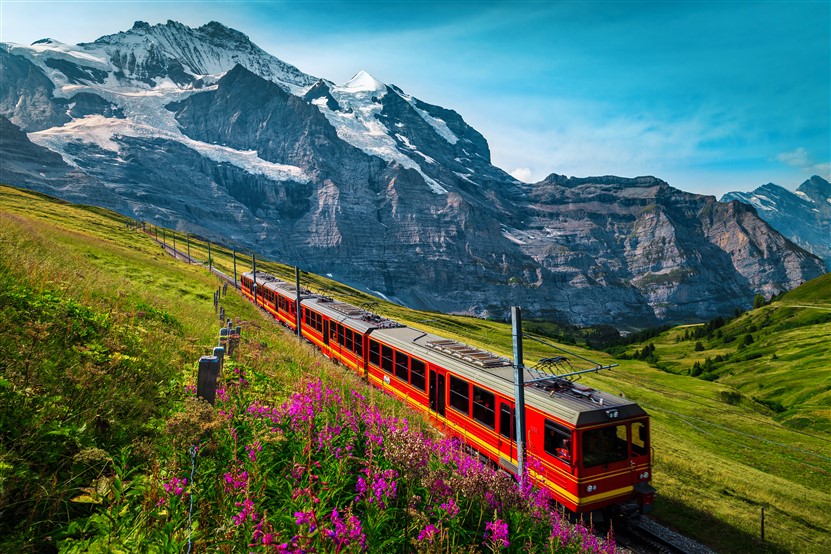 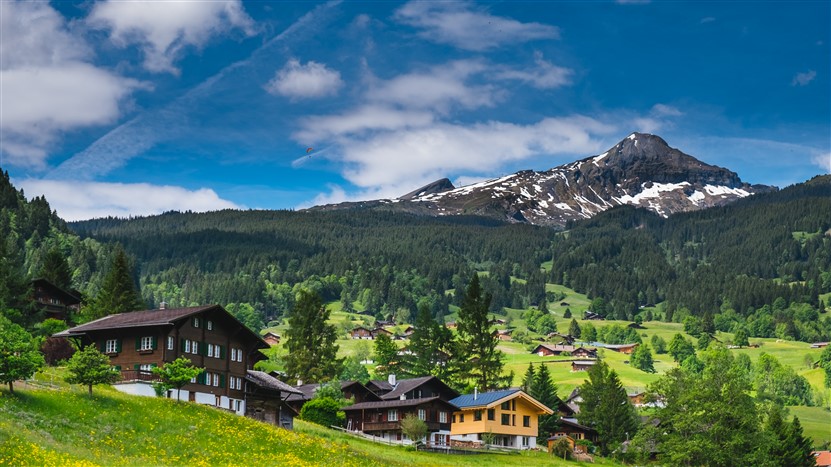 Mount Titlis – Situated between the Bernese Oberland and central Switzerland Mount Titlis is 3,239 meters above sea level in the Uri Alps in Engelberg, which is a popular Ski resort. Mount Titlis has the world’s first rotating gondola which gives all of its passengers 360-degree panoramic mountainous views. 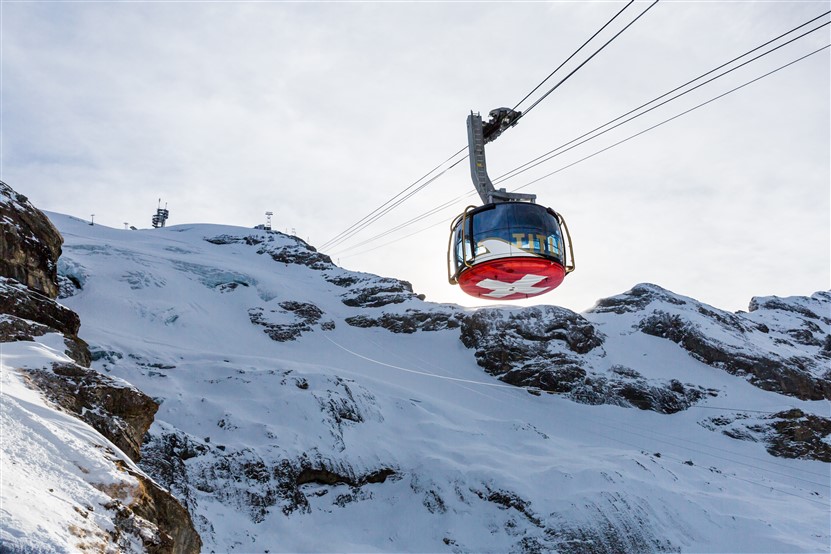 Please visit here for all Railtrail’s Swiss tours, we are sure you will not be disappointed!